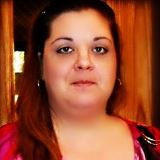 Her story wasn’t the first I’ve heard about ghost researchers contracting respiratory infections after investigations, but it is among the worst. Her widower, Shane Harris, has started the Sara Harris Foundation. It will help to educate paranormal investigators about issues of health and safety, and provide masks and first aid kits to ghost hunting teams that can’t afford them. Shane says, “I have 3M on board to donate masks as soon as I get the tax ID number. My Paypal account is under saraharrisfoundation@yahoo.com, if you can help our cause.”

In addition, a follow-up article at Paranormal Insider includes even more reasons for concern among ghost hunters.

My article barely brushes the surface of the problem, but — in the interest of getting this information to more people, immediately — I’ve decided to publish it early.


Among ghost hunters, I’ve been hearing some really scary stories. They’re not about the ghosts. They’re about health and safety issues.

This is especially important during the winter, when we’re often investigating indoor locations. Energy-saving measures — such as doors and windows with weatherstripping, and storm doors and windows — mean less air circulation. The air isn’t as healthy, especially when someone has “indoor allergies” or environmental sensitivities.
Allergies are the tip of the iceberg.
Basements and attics often present safety issues. In at least one case this year, an otherwise healthy investigator was hospitalized with a life-threatening respiratory complaint, after conducting research at a site with rodent droppings.
This isn’t a complete list of the risks involved in exploring old sites, especially those that haven’t been maintained, but it gives you the general idea.

With recent reports of ghost investigators becoming ill with life-threatening respiratory issues — and with the death of Sara Harris — we all need to be more aware of the dusty places we visit when we’re looking for ghosts.
You’re probably going to be in the dark, anyway. Why not wear a mask if there are any reasons to be concerned?
A ten-cent paper mask can protect your health, spare you an allergic reaction or asthma, and — in extreme cases — save your life. Get a box for yourself, or your team, and carry some masks with you, no matter where you’re investigating.


Read more at http://hollowhill.com/ghost-hunting-health-and-safety-issues
Posted by Para Hunt at 5:02 AM No comments: 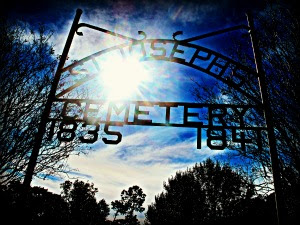 Saint Joseph Cemetery is the only remnants left of the lost city of Saint Joseph, Florida along the forgotten coast. Once a thriving commercial centre, Saint Joseph was obliterated by yellow fever in 1841 and was abandoned. Nothing remains but this graveyard, aptly dubbed Yellow Fever Cemetery. Thousands are buried here, mostly in unmarked graves.

CLICK HERE TO VIEW OUR PHOTO ALBUM
Posted by Para Hunt at 12:13 PM No comments: 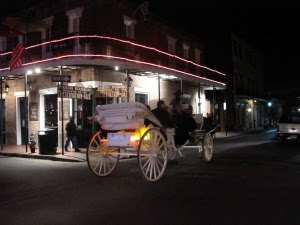 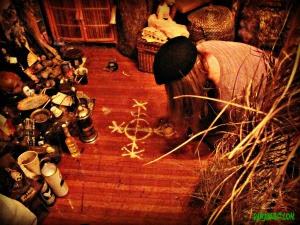