We were asked to critique these photos. Here's what we said. What do you think?

INVESTIGATION REPORT:
Thank you for providing me with your photos to review. My team has studied these photos and here are our conclusions.


Although these photos may appear to contain ecto mist, our team discounts both pictures because (a) presence of cigarette smoking (b) possible cool temperatures.

Photo 1 - Because there is a cigarette in the gentleman's hand, and his posturing may indicate that he had just exhaled to the his right which may have formed this fog. The camera flash could possibly have enhanced the density and brightness of the smoke exhalation.

Also wearing the jackets indoors may also indicate that the temperature was cool enough to produce exhalation fog in the same direction.

So with the two possibilities, this photo has to be discounted.

Photo 2 - This has to be discounted as well because there is a lighter and cigarette on the table in the foreground. Therefore there is a possibility of a smoker within the room and therefore smoke exhilation could be possible. 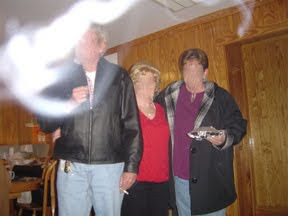 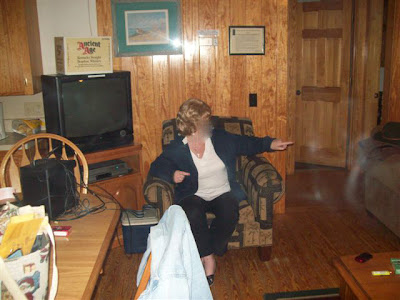 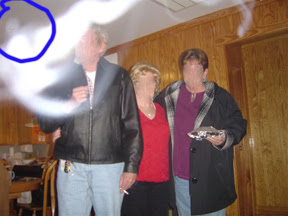 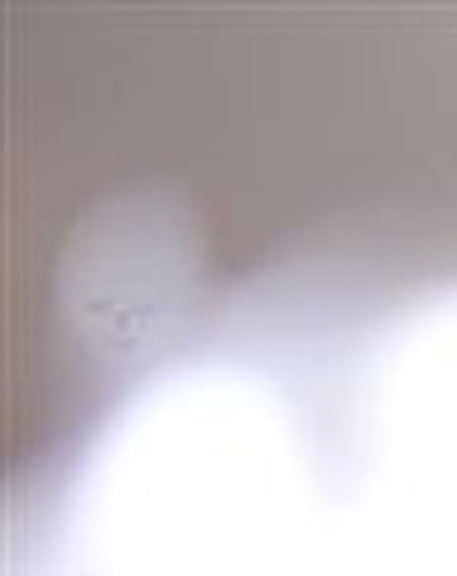